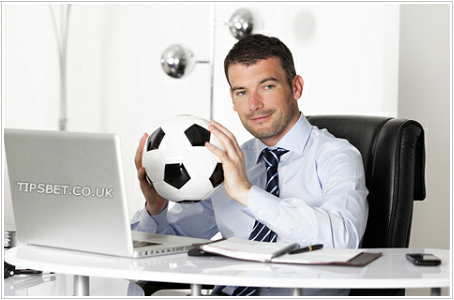 In this beginning of the season Viitorul Constanta had a perfect start after winning the Romanian Super Cup and won a 5-0 victory against Dinamo Bucharest, the team coached by Gheorghe Hagi aims to achieve a success in the away game from Chindia Targoviste.
The opponents of Viitorul are in the first season in the Liga I and the pressure is very high for the players prepared by Viorel Moldovan because the fans from Targoviste expect a positive result in the first match of the season on their own ground.

However, the mission of the newly-promoted team will not be so easy, Viitorul is one of the most powerful clubs in Romania, with a youth academy at the highest level and having some of the most valuable Liga I players. The main objective set by Viitorul is a european cup qualifier, so Gherghe Hagi and his players are very motivated to get 3 points in this game.

Viitorul met Chindia last time in a friendly match played this summer, a game that ended with the victory of the team from Constanta with a score of 3-1. Even if we do not have a match with many goals today, a victory of Viitorul can bring odds 1.70 and is considered the most recommended bet of the day.

Europa League offers today many betting odds for bettors, and one of the most recommended bets can be found in the confrontation between Levski Sofia and Ruzomberok. The result of the first game was a 2-0 victory of the Bulgarian team, and in today’s game Levski can take advantage of his own field to get another success.

Levski Sofia was constantly participating in European competitions and is one of the most powerful clubs from Bulgaria, even though they have not won the championship title since 2009. In the current squad of Levski, the most dangerous players are Davide Mariani and Paulinho, two footballers who scored the two goals in the first leg with Ruzomberok. Today’s opponent of Levski can not boast with a very rich record nor with very valuable players.

The last participation of Ruzomberok in the Europa League was in 2017 when they managed to eliminate Vojvodina and Brann, then was defeated by Everton. Levski has the quality and morale needed to prove once again his superiority to Ruzemberok, so for a 1.70 odds, you should rely on the new success get by the team from the Bulgarian capital.

For many years, no club in Romania has managed to qualify for the Group stage of UEFA Champions League and CFR Cluj is forced to win today against the Kazakhstan champion Astana to continue its European tour. For CFR Cluj, the last two weeks were very crowded after the Supercup game followed the Astana away match where CFR was defeated by 1-0 and Sunday the Romanian champion record a draq against Poli Iasi in the first round of the new Liga I season.

Probably many players still do not have the physical condition to cope with this program with a very short break between matches and Dan Petrescu must choose very carefully the line-up of this match. Astana has the big advantage of not having had a confrontation scheduled this weekend, so the footballers prepared by Roman Grygorchuk have had more time to prepare for this second leg.

Astana succeeded in 2015 to qualify for the Group stage of UEFA Champions League, a historic performance for a Kazakh club in view of the conditions of this country. However, the experience of CFR Cluj and fans’ support should be two strong arguments that will lead you to a success of the champion of Romania, a forecast that will bring the 1.65 odds and can bring CFR a qualification in the next stage of the competition .

From of all the friendly matches that will take place today we will focus on the duel between FC Porto and Fulham, two sides who have just begun the training season and will test their players tonight. The favorite of the betting houses is FC Porto, the team coached by Sergio Conceicao finished second in the championship and in the Portugal Cup lost the finals with Sporting Lisbon to penalties.

Considering these failures, the FC Porto players will have a great motivation to get the best results this season. In fact, this summer there have been several changes in the Portuguese locker, and among the most valuable football players they have bought, we will mention Shoya Nakajima, Ze Luis, Renzo Saravia and Luis Diaz. With these new names in the line-up, the Portuguese team hopes to win the Cup and Championship in Portugal and get as far as possible in UEFA Champions League.

Fulham is not such an ambitious group, after just one year in the Premier League, the London club has returned to the Championship and is proposing a promotion just like in 2018. The differences between the two opponents are obvious and we suggest you rely on a success FC Porto, quoted with 1.65, even if this is just a friendly match and the Portuguese vice-champion players will not be at the highest level.

One of the favorites to win the European Championship under 19 is France, a team that has many talented players and will play today the first match of the final tournament against the Czech Republic. The two teams are part of Group B, a group that includes Ireland and Norway, so France should start this tournament with a victory to have a good morale ahead of the other matches.

In the preliminary campaign, the French did not suffer a defeat, while the opponent of today suffered a defeat against England in the second round of qualifications. France also participated in the final tournament last year in Finland and managed to reach the semifinals where it was eliminated by Italy. It is unlikely that the Czech Republic will confuse the plans of the French, if we remember the last directing game that took place in 2016 and was won by France, we will see that the team prepared by Lionel Rouxel is favorite to win against the Czechs.

The most promising youngsters in the French team are Lenny Pintor, Aurelien Tchouameni and Benoit Badiashile, but other footballers may also be coming to play in this match. In conclusion, we suggest that you rely on a success of France, which will bring you odds between 1.65 and 1.80, depending on the betting agency you choose.

The first round of the Russian championship will bring bettors a very attractive match in which CSKA Moscow will travel to Samara, two squads that we will provide more details in the continuation of this article. CSKA Moscow is considered one of the strongest clubs in Russia, in the last 10 years the team from the Russian capital fought each season for the first position, and in 2013,2014 and 2016 managed to win the title of champion.

One of the greatest achievements of this club is the UEFA Cup won in 2005, probably the most important performance of a club from Russia in recent years. Samara can not boast such results, in 2018 this team promoted to the first league and the previous season managed to finish in 13th place.

Probably not even this year players prepared by Miodrag Bozovic have no other goal than saving from relegation and in the last direct confrontation with CSKA Moscow there was a clear difference between the two teams after the Muscovites won on their own field with the score of 6- 0. This game will take place at Samara and bettors should take advantage of the odds of 1.90 that bets are awarded if CSKA Moscow starts this new season with a victory.

In the first round of the new Liga 1 season, CFR Cluj will meet the Poli Iasi team in their own field in a predictive match that can be used by gamblers. CFR Cluj has already played two official games in the new season, after losing the Supercup match with Viitorul Constanta followed another defeat in the Astana away from the UEFA Champions League preliminaries.

Taking into account these results, CFR Cluj will focus on the next week’s match in which they will have to get a victory against Astana and avoid elimination. Poli Iasi could take advantage of this situation and get a positive result in this game, it is very likely that more unused players will evolve in the starting formula used by CFR.

Moreover, the strategy applied by Dan Petrescu manager is not very spectacular, CFR Cluj was remarkable last season through a very organized defensive and won both meetings with Poli Iasi with a score of 1-0. Betting agencies do not give a lot of chances to Poli Iasi, but we recommend betting on the option under 2.5 goals scored, a forecast which is quoted with 1.60 and can bring a profit if the team of the guests will be able to produce a surprise in this match.